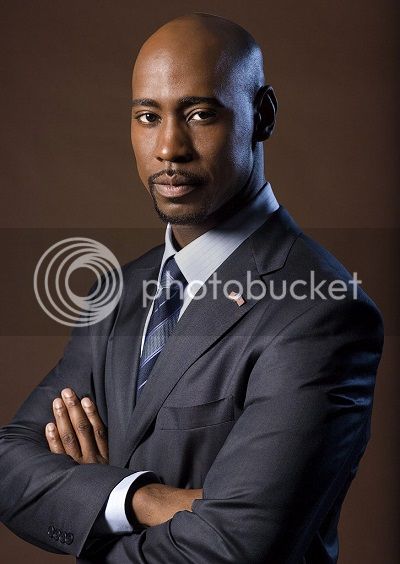 John Henry Irons is one of my favorite DC characters, but there's some hard facts to deal with. Steel is the token black member of the Superman Family who basically combines low rent versions of Iron Man and Thor. He already had his own movie, starring Shaquille O'Neal, which was one of the worst super-hero flicks of all time. His highest aspiration would be to become the Rhodey of the Man of Steel franchise. There are more independent and iconic African/American heroes to get big "names," but I'd really like a good actor for this role. D.B. Woodside is 6'3", well built, and has genre cred from Buffy the Vampire Slayer. More importantly, the actor radiates intelligence and a quiet confidence that suits the technological brains behind the Morrison JLA and Christopher Priest's greatest run in comics.

Posted by Diabolu Frank at 7:17 AM 0 comments

I have an easier time recognizing "The Wall" in this minimalist extreme close-up than I do her appearances in New 52 comics.

I Want to be Evil
Posted by Diabolu Frank at 3:53 AM 0 comments