Rolled Spine Podcasts are on iTunes, Stitcher Radio, ShoutEngine and the Internet Archive. 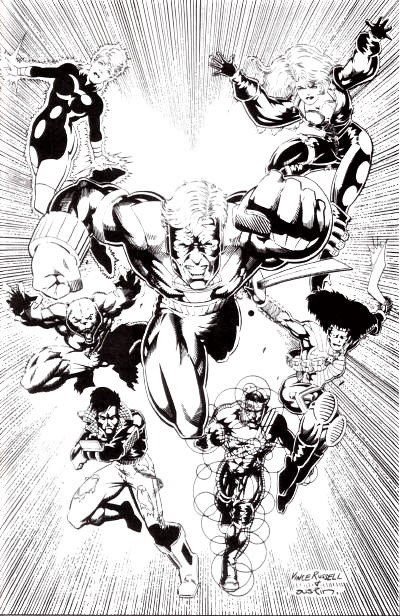 Posted by Diabolu Frank at 4:30 AM 0 comments

HISTORY
In Post-Zero Hour continuity, Doctor Cobalt, the self-professed "Lord of the Atom" was a super-villain active in a period years prior to the modern age of super-heroes. The alter ego of Onassis Sklar was a thorn in the sides of both the local sheriff and the Golden Age hero Hourman, with whom he tangled often. One of Dr. Cobalt's associates was James "Jimmy Mac" MacIntyre, a getaway car driver and henchman who wore a green caped costume and drove a souped up muscle car dubbed the Finmobile. After a botched job, Sklar was wounded in the right shoulder and authorities were closing in. Jimmy Mac, acting as his wheelman, decided to take a detour to drop off their ill-gotten loot in an abandoned bomb shelter, just in case they got caught. Unbeknownst to Sklar, Jimmy Mac had arranged for his wife to steal the money out from under Sklar to take care of herself and their son "Billy Mac" if he ended up doing jail time. Sure enough, both men were soon captured, and six months into his stay at Statesville Penitentiary near Evanston, Sklar died from cancer.

Onassis Sklar's legitimate son Trevor grew up to become a lawyer, but Sklar also had a bastard named Stanley with one of his associates, May Westin. Stanley believed himself the rightful heir to the legacy of Doctor Cobalt, going so far as to legally change his surname and to repeatedly sue Onassis Sklar for a share of Onassis's estate. Through unrevealed means, Cobalt eventually developed powers and rebuilt or recovered the operation of his father. He maintained a secret base where he appeared to live with his mother, and purchased a garage from an fellow named Gomer who stayed on as his mechanic. Doctor Cobalt II arranged for Jimmy Mac to escape from prison, and after six months of work, the group was prepared to recover Onassis Sklar's final score.

However, the jailbreak eventually drew the attention of Jimmy Mac's son William, who was now operating as the super-hero Triumph due to the intervention of Hourman after his father's incarceration. Doctor Cobalt II repeatedly attempted to murder Triumph and his associates in "The Machine," as well as to frame Trevor Sklar as the culprit. Failing that, Cobalt began an intimidation campaign that was eventually used to force the Machine to aid in the recovery of the loot. Triumph misdirected Dr. Cobalt with his own plot, trapping him in a helicopter where his powers were dampened enough for Triumph to defeat him. 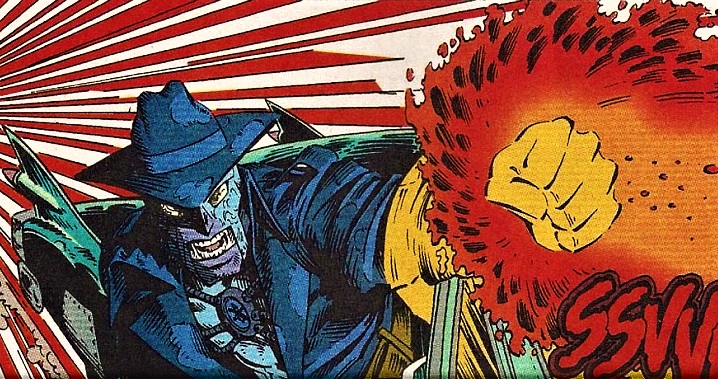 POWERS & WEAPONS:
Onassis Sklar was a brilliant scientist who fired radioactive blasts from his hands. Stanley Cobalt is also a great intellect, but seems to possess a much broader array of powers. From his cerebral cortex, Cobalt generates fierce electrostatic energy. He is a telepath, with telekinetic and hallucinogenic capabilities, although he is reliant on a connective medium (like the specialized suits worn by the Machine.) Doctor Cobalt II could simulate flight, strength and invulnerability through his telekinesis. In their first face-to-face confrontation, Dr. Cobalt easily brutalized Triumph, breaking multiple vertebrae and nearly killing him without trying (and in fact assuming it was a failed act when the Machine had to enact lifesaving measures.)

Quote:
"Your dad was a crook. Mine was a super-criminal. A master planner. He had a brilliant mind. Your dad was just my dad's grease monkey. His spear carrier."

Labels: Who's Dat: The Codicil Directory of the DC Residuum

In Comic Reader Résumé, I use Mike’s Amazing World of Comics to travel back through time via his virtual newsstand to the genesis point of my lifelong collecting of comics. From there, I can offer a “work history” of my fandom through my active purchasing of (relatively) new comic books beginning in January of 1982, when my interest in the medium went from sporadic and unformed to routine on through compulsive accumulation. To streamline the narrative and keep the subjects at least remotely contemporaneous, I will not generally be discussing what we call back issues: books bought long after their publication date. Sometimes, I will cover a book published on a given month that I picked up within a year or so that date, and I give myself an especially wide berth on this aspect in the first couple of “origins” episodes. We’ll get more rigidly on point as my memories crystallize and my “hobby” spirals out of control into the defining characteristic of my life (eventually outpacing squalor and competing neuroses.) It’s part personal biography, part industry history, and admittedly totally self-indulgent on my part. This episode offers a look at my scant purchases sometimes around the summer of '82, including Batman Annual #8, Atari Force #1, 3, & 5, and a few others, as well as Remco action figures and various kid stuff. 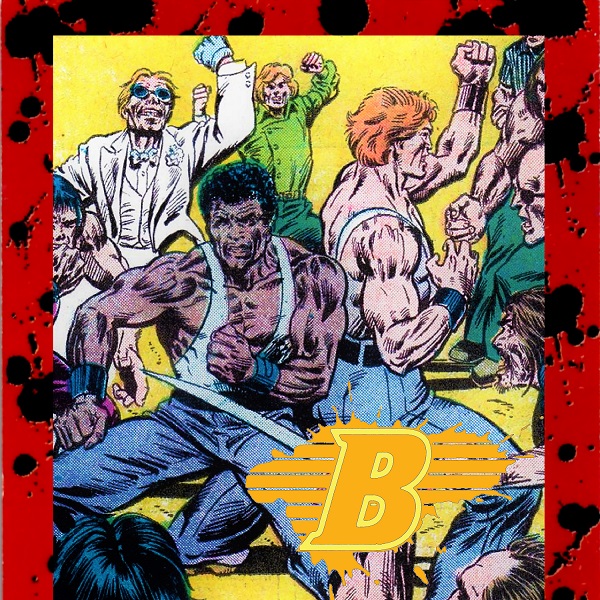 After nearly a year since the last episode... we're still doing random one-off spotlights rather than actually talking about the Bloodlines event. Richard Drakunovski was a bullied white boy who trained to become a world class martial artist under the Asian O-Sensei and/or an African-American man named Benjamin Stanley and/or Ben Turner, depending on what continuity we're talking about. This is all before we try to address Lady Shiva and her damsel-in-distress sister you probably never heard of. Set the Wayback Machine back to 1975 for our old coverage of Richard Dragon, Kung Fu Fighter #1, #2 & #3 and do a deeper dive on that last one by following along at Scans Daily. We'll also cover #4, and then 2004's Richard Dragon #1-6.

This episode's non-paying advertisers:
Spill Some Blood!!!* *across social media only.