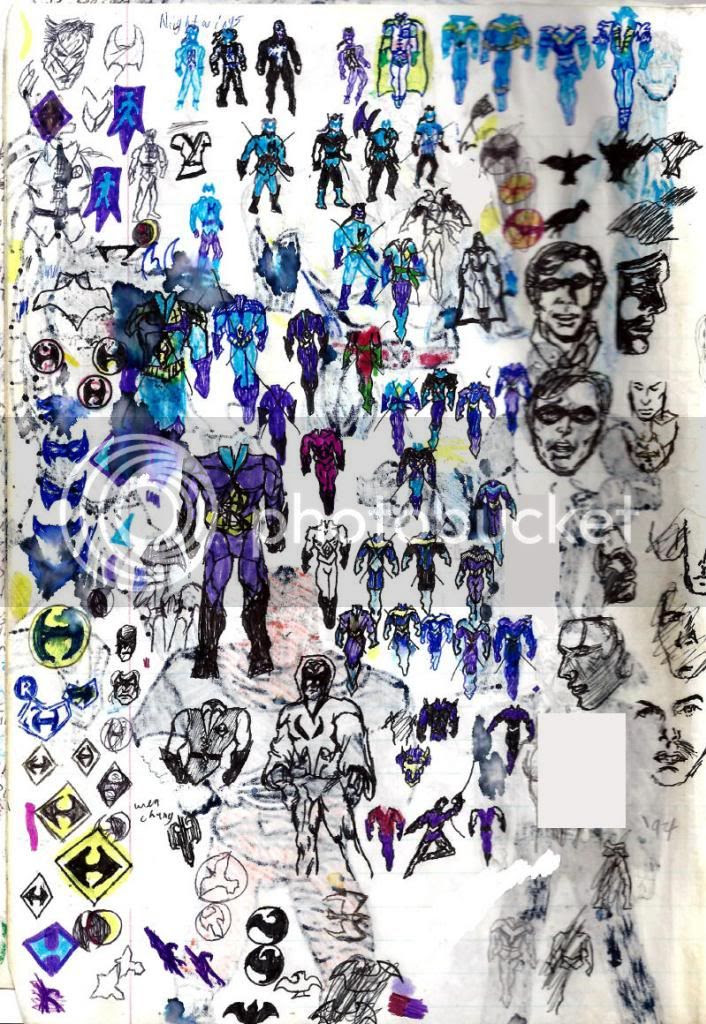 Dick Grayson is one of my lifelong favorite heroes. It was swell when he transitioned from Robin to Nightwing, except for the "Disco Elvis" v-neck vampire collar jumpsuit designed by George Perez. Tom Grummett tried to modernize his gear in the early '90s, but turning yellow feathers into actual wings and adorning Dick with a mullet arguably made the problems worse. Around 1994, I was obsessed with working out an improved design, as evidenced by this page of tiny doodles and color tests. I did finally arrive at a costume that I was very happy with... so happy that I didn't want to give it away to DC Comics. Instead, I developed a new character around that suit, variations of which I erased from the above aesthetic assault.

Pooping on the DCU