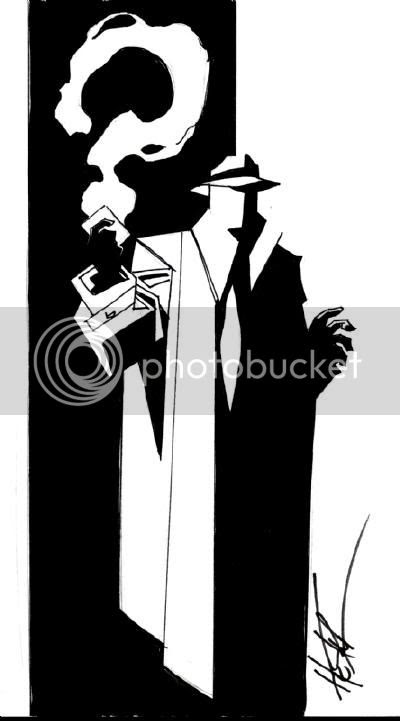 "Phil Hester's eyes lit up when I asked him to draw the Question. When I mentioned that it was part of my Question sketchbook, he complimented me on my taste. And after I received the sketch back, all I can say is that I hope someone at DC wises up and gets someone to write a Question ongoing so that Hester can pencil it!"