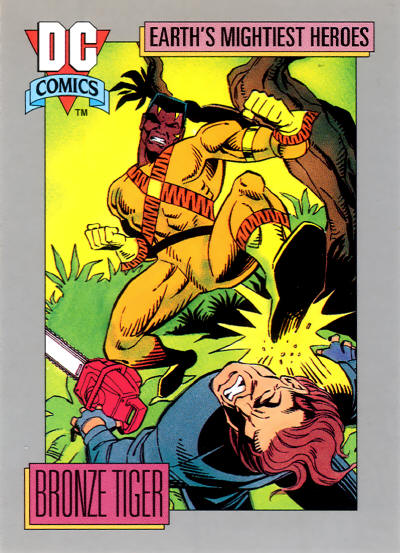 Is this the only Bronze Tiger trading card? It's the only one I can think of, and it's surely a rare example of Ben Turner merchandise. Shame it's so blah. While it was a nice gesture to enlist Bronze Tiger's co-designer, there's a reason Ric Estrada's career in comics died off in the '80s. Besides, the Benjamin Stanley of the novel and Ben Turner of the comics preceded this costumed identity by years.

I had a question in the comments of a previous post that this card kind of answers, which makes for a nice cosmic coincidence. 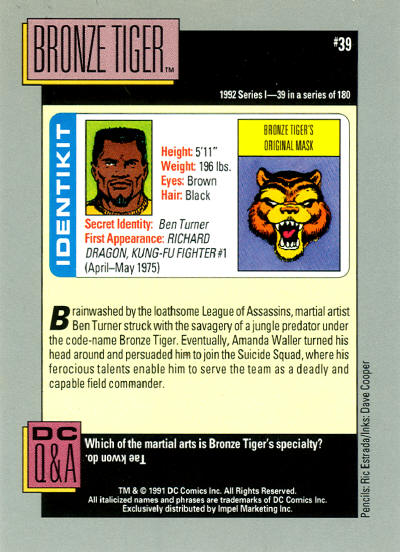 What was the question that got answered?

While the art might be a little lackluster on the Bronze Tiger card, it's more sensible than the other Bart Sears cards we've seen today. Don't get me wrong, I love Bart Sears, but these cards weren't Bart's best work.

These DC cards look dope! I have the similar Marvel cards but I'm more of a DC fan especially these days.

Shag, it was whether Bronze Tiger had killed Batwoman, which this sort of tied into my explanation of.