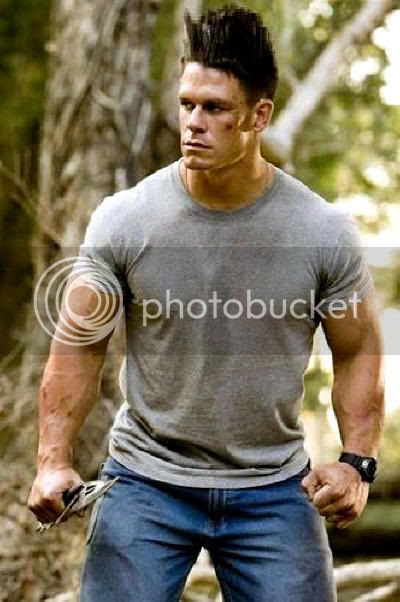 Typically, I'm loathe to cast professional wrestlers in super-hero roles, as it seems to compound negative associations toward both entertainment vehicles. However, OMAC is a laconic sort whose actor needs to be able to show the One Man Army Core more than the Buddy Blank. Kirby's OMAC also reminded me of the old school old man bad asses like the Duke, Eastwood, and Bronson, so I almost went with Paul Lévesque, who's in his forties. Looking over the recent acting work of Triple H, he comes off a bit stiff in his movements. Stiff acting is one thing, but I figured it best to go younger, and John Cena had the best moves of the obvious choices.

I am completely ignorant about wrestling of the last five to ten years. Right over my head.