Who's Dat: The Godmother 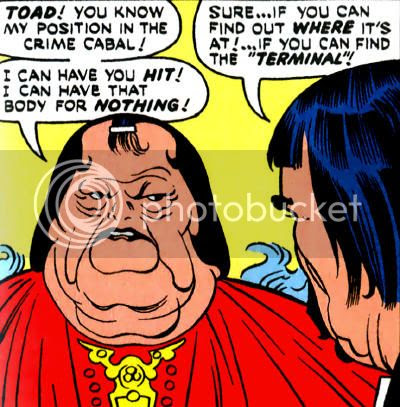 HISTORY
The Godmother was a high ranking member of the Crime Cabal in The World To Come who operated out of a large sun-palace in Electric City. She attempted to purchase a beautiful girl into whose body the Godmother's mind would be placed, but the deal was quashed by the arrival of OMAC. The Global Police Agency took the Godmother into their custody.

POWERS & WEAPONS:
The Godmother presumably had the resources of the Crime Cabal at her disposal, which included manpower, weapons and vehicles.

Created by: Jack Kirby
Posted by Diabolu Frank at 12:00 AM

Labels: OMAC, Who's Dat: The Codicil Directory of the DC Residuum