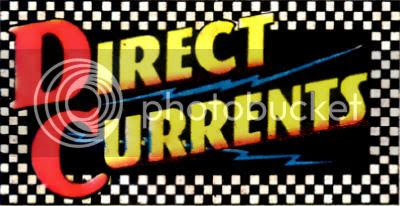 Okay, so I went with a leaner, meaner model...

In an situation that would seem to serve as the latest reminder that the competition between Marvel and DC has been redefined on a much broader scale, news is breaking tonight that David E. Kelley’s proposed Wonder Woman Television reboot has been shelved for now due to a combination of bad timing, bad fits, and “a potential DC-Marvel clash”:

Like Bruce Wayne in "Batman Begins," some of the great minimalist artists - both superhero-oriented and otherwise - know that a symbol can be a powerful thing, and that goes doubly for T-shirts in the case of designer Jonah Block, who we've featured on here before for his Threadless submissions. Recently, he's been cranking out even more simple assessments of how powers and human beings come together, and Green Lantern, Martian Manhunter and the Fantastic Four have all fallen under his scrutiny.

The Justice League Of Pint Glasses

Put it this way. If you’re spending all your timein a watchtower on the Moon, you’re going to want a drink. But how to you solve superhero squabbles over whose glass is who when one stray heat vision beat could blow open the side of your moonbase. No, the only way to keep the hard vacuum of space out, is to get Mike Young’s wife to design these…

We make a regular practice at ComicsAlliance of spotlighting particular artists and/or specific bodies of work, but there's just so much great work to see that we've initiated Best Art Ever (This Week), a weekly depository for just some of the virtually countless pieces of especially compelling artwork that we come across in our travels across the digital media landscape. Some of it's new, some of it's old, some of it's created by working professionals, some of it's created by talented fans, and some of it's endearingly stupid. All of it's awesome. Going forward, we'll work out a system by which you can help us discover even more stuff, but for now, check out the work that blew us away this week...

An Oral History of CAPTAIN MARVEL: The SHAZAM Years, pt. 2

An Oral History of CAPTAIN MARVEL: The SHAZAM Years, pt. 3

An Oral History of CAPTAIN MARVEL: The New Beginning Years

An Oral History of CAPTAIN MARVEL: The Modern Years

An Oral History of CAPTAIN MARVEL: The Modern Years pt. 2

With the end of the year here, CBLR is all about time! What cult classic comic book series was originally going to be the tale of Captain America in the future? Was Bishop originally intended to be the X-Traitor?

This week, learn about Mickey Mouse's Nazi-fighting past! Plus, did a model kit company really give away a full-sized replica of the Gemini spacecraft?

The Absorbascon
Ralph was always a jerk

Power of the Atom
2009 Plastique TampaCon Sketch by Pat Broderick

Posted by Diabolu Frank at 3:25 AM