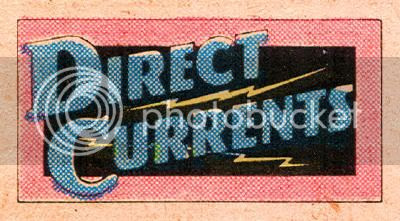 "The Wonderful Wizard of Oz" and J.H. Williams III were among the multiple award winners in the 22nd annual Will Eisner Comic Industry Awards, presented Friday night in conjunction with Comic-Con International.

Karen Berger, Executive Editor of Vertigo at DC Comics, has just confirmed on the Vertigo panel at San Diego Comic Con that all Vertigo characters rooted in the DC Universe are being returned to the editorial mandates of the DCU offices.

CCI: Will Eisner's "Contract With God" Heading To The Big Screen

Announced during last night's Eisner Awards by Denis Kitchen, Will Eisner's "A Contract With God" is set to receive the full Hollywood treatment having been optioned for a feature film.

The longtime leader of DC Comics, Jeanette Kahn was honored for her contributions to the industry with an Inkpot Award during the show as well as a Spotlight Panel moderated by her DC co-worker, Paul Levitz.

Diversions of the Groovy Kind
If You Blinked You Missed: DC's Sherlock Holmes

Green Lantern Butt's FOREVER!
DC, You're SUCH a Tease!