After taking a couple of days off to recharge my batteries, I felt bad for offering up such text heavy pieces this week. We need some pretty illustrations to spruce those drab things up! Also, I get a cheap new post out of noting that there are now scans, accompanied by "humorous" captions. If this a win? Yay? 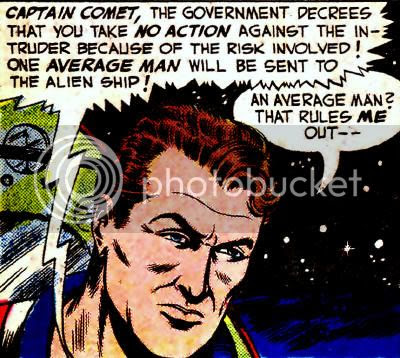 Yes folks, even after 500,000 years of evolution, no man can resist bragging about his penis. A shame, as Captain Comet is ever so fond of intruders. 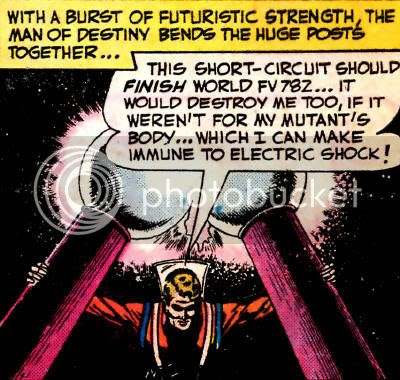 Of course the Future Man can work two powerful poles at once, and the bigger the better!

Run, John! It's too late for them! The mullets have them! 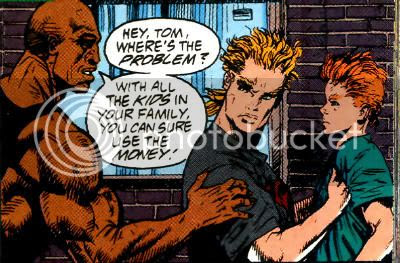 We will never have true equality in this country until African-Americans can buy young rednecks with good teeth for a reasonable price. Really, what is the problem, Tom? 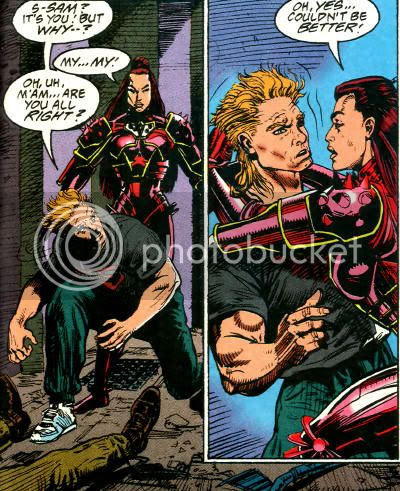 "Okay, now you get to play Steve Trevor and I'll be General Darnell. Er--I mean, Wonder Woman. Your back alley Wonder Woman in spiked red armor who doesn't have vinyl accessories and K-Y Jelly in her bag." "Alright Edge-- while we have the alien on the defensive: You're covered in razor blades and your tween brother is sporting a rat tail! I think one of these problems could solve the other!"

Now that Captain Comet has showed up in R.E.B.E.L.s and is bone-dogglin Starfire the repressed homosexuality is some how even more awesome.

"Yes folks, even after 500,000 years of evolution, no man can resist bragging about his penis" Holy crap...Captain Comet is Craig Fergson. WIN.

Ignore my comment on that other blog about sitting back and not reading into stuff. This is much more fun.

I haven't read the newest R.E.B.E.L.S., but whatever happens with Starfire, the end result of my mental retcon is Blake in a hot tub with bronzed Tamarannean boys. Kory is meant only to facilitate...